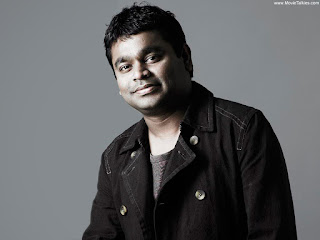 So Rahman has made it. And twice over. Well, what else does one say when one gets the most coveted cinema award - The Oscar and two of them to boot. But not just the critics of Rahman's music ( and I'm not one) but even his fans (which I certainly am) would concur that Slumdog...was average music and very average by Rahman's own prodigious standard.
Compared to his soulful 1947 Earth, Swades, Jaane Tu or even his latest elevating Delhi 6 in Hindi and innumerable numbers in Tamil - Roja, En Swase Katre, Rhythym, Pudhiya Mugam, Duet to name a very few -  Slumdog is barely a patch on any of these films. Most of these popular Tamil and Hindi films were downright pathetic in terms of screenplay or script or direction, redeemed just by songs composed by Rahman and backed even by melifulous background score.

As a history teacher I often invoke Rehman's music in my interaction with kids while dealing with Early modern Europe, (to tell my kids in small town Hosur/Tumkur where rarely have they heard any western classical music - when he is called Mozart of Madras, kids just do not need to know who Mozart was but sample some of Mozart's music as well.) or while discussing US in geography  (to introduce them to pop music in more nuanced terms, to genre of jazz, blues, hip-hop, merengue, rock etc) for one gets to hear all such palpable influences in his musical score. Rahman's eccletic genius lies precisely in his ability to fuse music from very diverse categories and many sounds one hears in Rahman's music, rather a child hears, can be used as sample to contextulaize certain topics in history and geography. I used a song from En Swaase Katre- Theendai in one of my classes some years back while dealing with churches and religion in medieval Europe, for that song uses Gregorian Chants as base. And then I played some Gregorian chants as well along with vedic chants to drive home certain similarities in religions despite their apparent differences. The point here is I used A R Rahman in a classroom as a pedagogical device.
But though it worked as a learning tool, it was interesting the way many kids reacted and react to Rahman's music. It was not typical and did not sound Indian, few remarked. 'Anu Malik is still my bet' said one. And actually in buses and shops one often hears more of Pritham these days. The masses connect so well to a Pritham, an Anu Malik and even a Shankar-Ehsaan-Loy (many would consider this trio as successor to Rahman, often mistaking their music for the latter's) but for those in India, largely its middle classes with their global aspirations, find in Rahman's music something they could connect to and project to the world and indeed to themselves - a new identity which is simply not Indian but global. One can thus see Rahman as someone who brought world music to the Indian masses, masses aspiring for 'class'. But now I wonder if Rahman in Slumdog has perhaps brought Bollywood music to the world than his usual adroitness in bringing world music to Indian masses.  Truly, Slumdog music could well be off an 'average' Bollywood music director.  But then by giving Rahman an Oscar for a 'typical' Bollywood soundtrack created by him , is the world acknowledging popular film music in India, with its unique notes, beats, idiom, in which Rahman's music itself was largely seen as 'atypical'? Globalization championed by the big capital and political power of the US, has as such been lopsided and loaded against India, imposing its economic, social and cultural character but now do we see in an Oscar for Slumdog's music (i'm not going into Slumdog the movie, which perhaps is problemmatic at many a levels) as India finally getting its due share in shaping popular sensibilities across the world, more so in a world dominated by the US? As many proponents of globalization would have it, the latter is always a two way street.  Leave this for a debate...
And some years back I had written this peice for Deccan Herald with far greater insights and details which I present here
Perspectives/Essays